Life in Two Ancient Seas
The geologic history of almost any given area includes intervals when the land was covered by water. These ancient seas were populated with vastly different marine life.

During periods of high sea level, much of the continent, including Florida, the Great Plains and much of the West, was covered by marine waters. This is true for the Moab area, although southeastern Utah stands apart by having the majority of its rock layers (formations to geologists), especially the most prominent ones, deposited in continental environments. The Wingate and Navajo sandstones were deposited in vast sand dune systems, and the Chinle and Morrison Formations were deposited in the channels and floodplains of rivers. 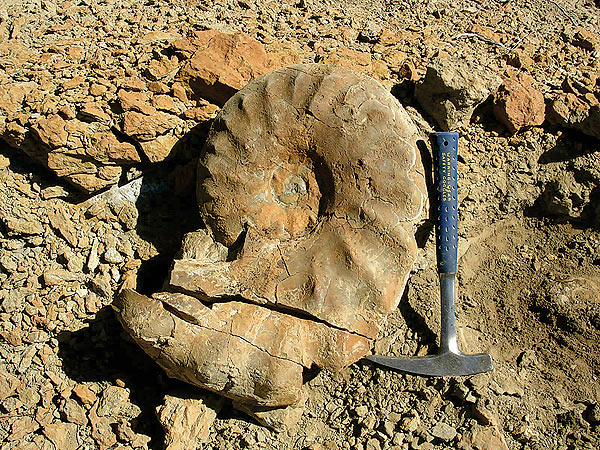 Ammonite from the Mancos Shale. Courtesy of Kevin Bylund


But marine conditions did occur during at least two times in southeastern Utah’s geologist past: near the end of the Paleozoic (the Period of Ancient Life) and the near the end of the Mesozoic (the Period of Middle Life, also known as the Age of the Dinosaurs). Just like life on land differed during the two geologic eras (e.g., dinosaurs only lived during the Mesozoic), life in these ancient oceans was strange compared to modern creatures. 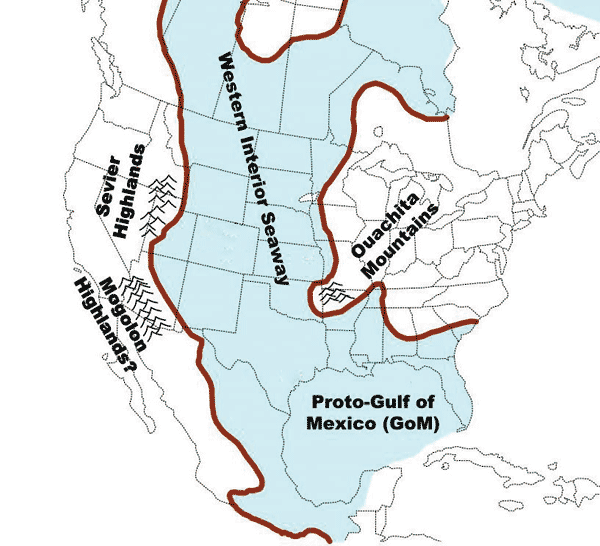 The end of one of geologic era (and the beginning of another) is typically marked by extinction events that are discerned by abrupt changes in the fossil record at discrete zones in the rock record. The end of the Mesozoic extinction event, commonly known as the K-T boundary (K for Cretaceous and T for Tertiary), saw the demise of the dinosaurs, along with some mammals, insects, and plants at about 66 million years ago. In the oceans, marine reptiles like plesiosaurs and mosasaurs, and some marine invertebrates, especially the ammonites, also went extinct. In total, an estimated 75% of all species went extinct at the end of the Cretaceous. It is likely that a massive meteorite impact played a major role in this event, but there may have been other contributing factors including massive volcanic eruptions and climate change. 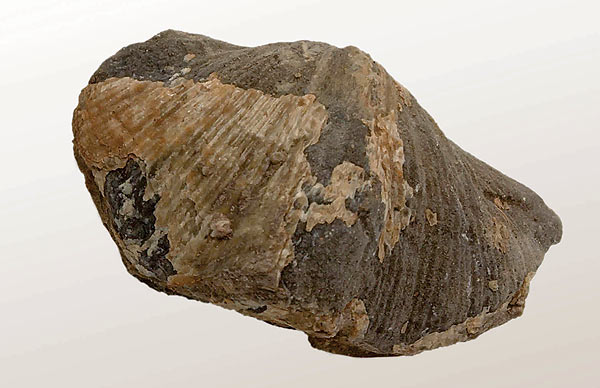 Brachiopod. Courtesy of the Moab Museum.

The end of the Paleozoic (at the P-T, or Permian-Triassic boundary) extinction 252 million years ago was actually a significantly larger event than the K-T one. In fact it was the greatest mass extinction event in Earth’s history. More than 95% of marine species and 70% of land species died out. Trilobites and horn corals did not survive the P-T extinction event, and neither did most brachiopods, crinoids, and bryozoans, all large groups of animals that had once dominated the sea floor. 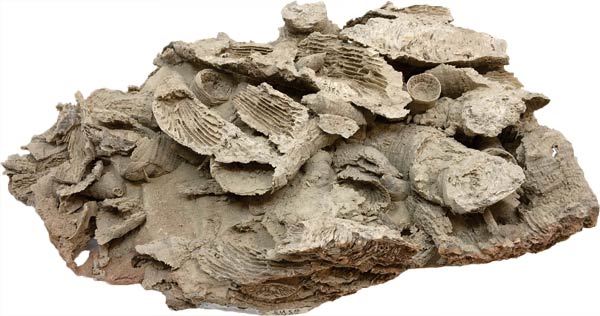 In southeastern Utah, marine rocks are found in the Pennsylvanian Hermosa Group (the Paradox and Honaker Trail formations) and the lower part of Permian Cutler Group (called the Elephant Canyon Formation by some geologists). The Kaibab Formation, on the rim of Grand Canyon (and one of the oldest formations in Capitol Reef National Park) also contains Permian marine fossils. Brachiopods, crinoids, bryozoans, and horn corals are found in these rock layers that range in age from about 310 to 270 million years old.

By the time that the Mancos Shale was deposited between approximately 95 and 80 million years ago during the late Mesozoic, marine life in southeastern Utah was dramatically different than it had been during the late Paleozoic, the last time period when oceanic conditions dominated this area. 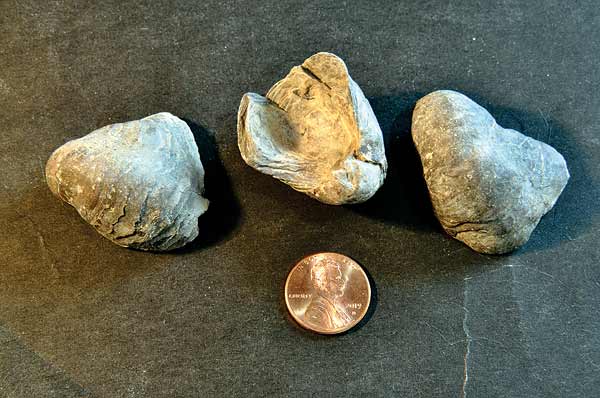 Devil’s toenails are a genus of extinct oysters known as Gryphaea. Courtesy of Jerry Shue

The Mancos Shale contains fossils of marine invertebrates like ammonites, oysters and other bivalves, as well as gastropods. Fossils of two major types of marine reptiles are also known from the Mancos. Plesiosaurs were long-necked reptiles and mosasaurs were a dominant group of marine predators. 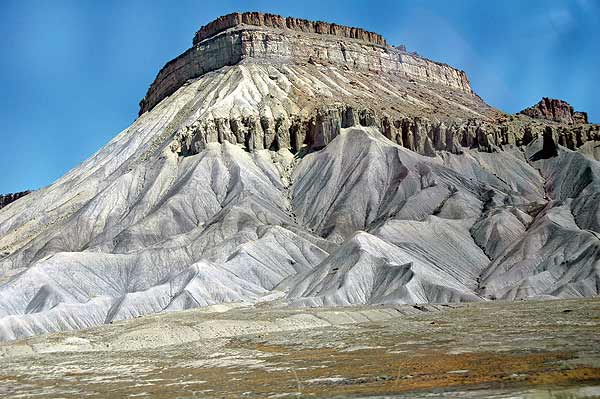 
The Mancos Shale was deposited in the Western Interior Seaway, a vast inland sea that stretched from the Gulf of Mexico to Canada during a period of very high global sea level. 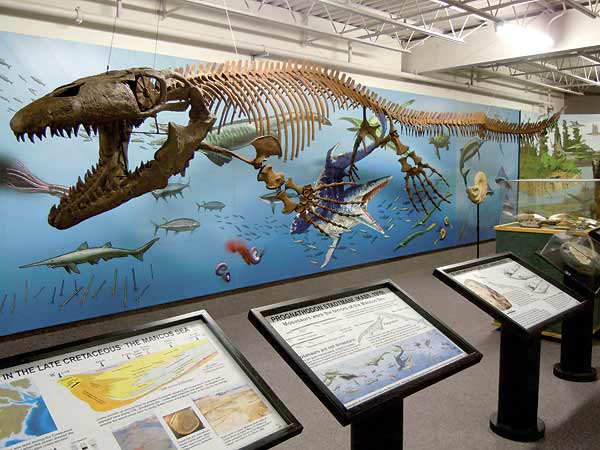 Depending on the rock layer, the marine fossils found in southeastern Utah tell the story of ancient—or even more ancient—sea life. Regardless of what lived in the two ancient seas, both times were markedly different than today’s red rock desert.

All fossils on federal public lands provide important insights into past life and are protected by the Paleontological Resources Protection Act.

Special thanks to the Gastonia Chapter of the Utah Friends of Paleontology.