Come fall, mule deer move from their high elevation summer haunts down into lower elevations for the winter. Their migration, although relatively short in comparison to other wildlife species, reflects an annual event that occurs across North America and other parts of the world. Female deer lead their young along routes memorized from past migrations, information that will pass from doe to fawn. This seasonal movement, returning to the same wintering habitat, is to ensure adequate habitat for they to survive through the winter and to safely raise their young. 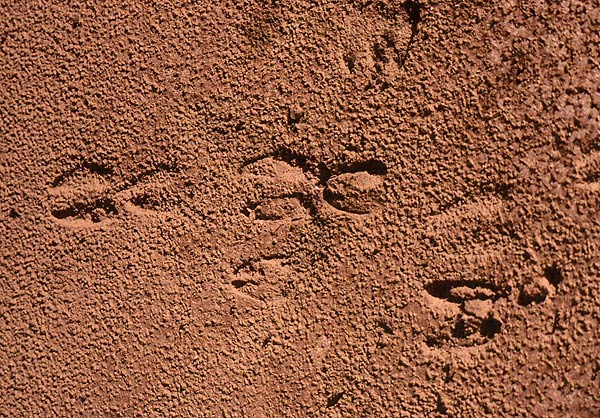 Coinciding with this seasonal transition, the rut starts and will last well into late fall; in Utah the peak rutting period is November 8 to 22. Though it’s a good time to view some large-sized bucks or ones with antlers covered in velvet during the fall, this time of year also corresponds with different periods of hunting season. So, if you’re engaging in wildlife viewing, break out the orange and stay safe. 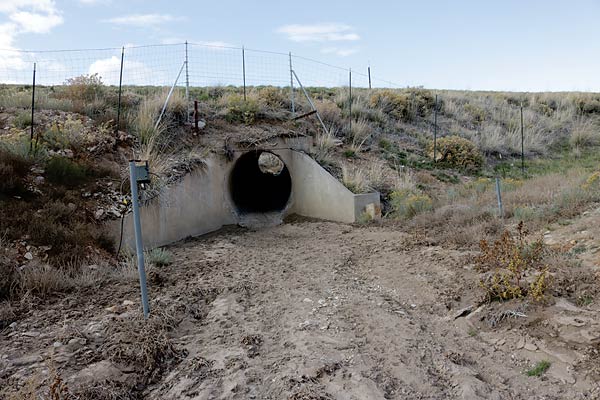 In the Monticello area, mulies move down from the Abajos and out into the fields and sagebrush flats. Though crossing the highway has always been an issue with wildlife-vehicle collisions, UDOT and UDWR have installed fencing along the roadways to channel the deer to safer crossing areas such as culverts and beneath bridges. Studies showed that the mule deer will use these culverts if they are wide enough and short enough to not spook the deer. Without these crossings, the highway becomes a dangerous impediment to the deer.

Along the roadways, jump outs are spaced at various intervals to provide escape routes should the deer become caught inside of the fences. Deer are excellent jumpers, so these “safety outs” enable them to get outside the fences.

Another factor that impacts the rut is the quality of the habitat, in terms of nutrition. During drought years, the rut may be pushed later into the season while the deer await better conditions. Though the deer forage on shrubs, grasses, and forbs, they may also eat tree leaves, mushrooms, woody material, and even a homeowner’s landscaping. 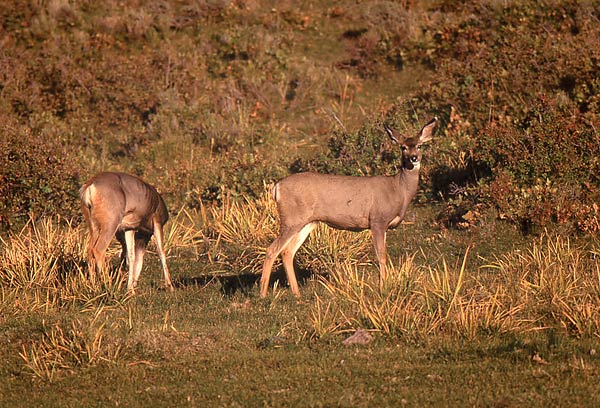 But if you’re out and about during this season, keep an ear open for the sound of jousting bucks. The males engage in dominance battles by using their antlers to fend off a competitor. The now hardened antlers which have lost their velvet, make a unique bone on bone sound. Hunters may imitate this sound to draw in a buck, so be aware of your surroundings.

Jousting isn’t the only activity males engage in during the rut. Posturing also settles some disputes as the mules and chasing after females or other suitors. Males can also be seen following a female, sniffing at her to determine if she is in estrus or holding their heads high and curling their lips to test the air scents.

Though preoccupied with the rut, mule deer are still very wary and are able to detect danger through sound or scent. Moving about while watching deer may alert them to your presence and it doesn’t take long for the mob to be gone in a flash, disappearing into the woods. When the deer sense danger, they inflate their white rump hairs which acts as a visual warning signal to other nearby deer. They may bounce up and down, called “pronking,” which also signals danger is near. Deer bounding away, called “stotting” where all four feet are off the ground simultaneously, is also an impressive sight. Just remember, be aware in case you are in line with their escape route!